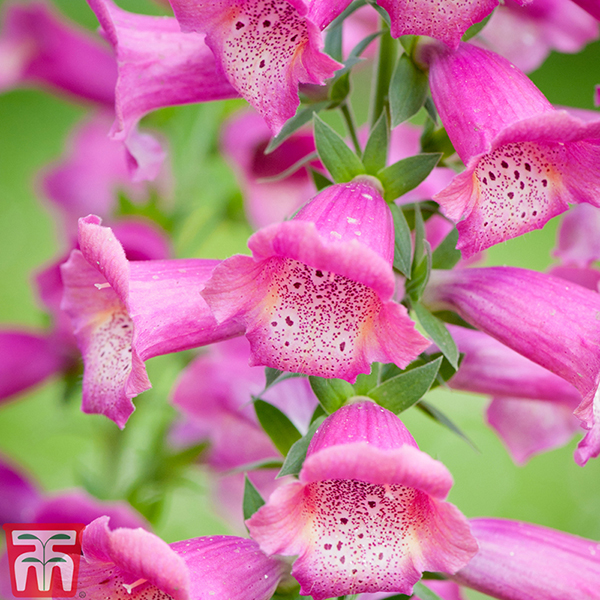 Believed to be impossible, the Digitalis-Isoplexis hybrid was previously only desired. The cross between Digitalis purpurea, the common Foxglove, and Isoplexis, a tropical Digitalis relative, resulted in an unbelievable plant. The ‘Illumination’ series has unsurpassed color and an impeccable look. Digiplexis has revolutionized the market with its unusually bright, bell-shaped flowers.

Bred by Charles Valin at the British breeding company Thompson & Morgan, Digiplexis ‘Illumination’ series has created a major spark in the horticulture industry. Its great stature and alluring, colorful blooms are a garden necessity. This hybrid is sterile and will not produce seed and can therefore utilize all its energy in flowering. This luminous hybrid is an outstanding garden performer with vigorous energy and remarkable color.

First captivating our attention at the 2012 Chelsea Flower Show, Digiplexis was honored with ‘Plant of the Year’ by the Royal Horticulture Society, where new industry plants compete based on innovation, excellence, and appeal. In 2013, Greenhouse Growers rewarded the Digiplexis with an Award of Excellence along with landing the cover to GPN’s December magazine edition, then went on to win the 2014 American Garden Award.

In north Texas, the Digiplexis blooms from spring to mid summer out performing the common Foxglove. Beware this annual is frost sensitive so be sure to cover if there is a late season frost.

Anything but standard, Digiplexis is a surefire gem!